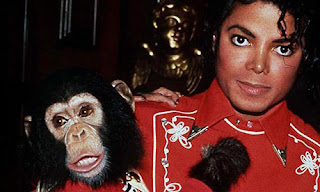 10/1982
Michael Jackson
By Bob Colacello and Andy Warhol
Interview, October 1982
In August of 1982, Interview’s executive editor, Bob Colacello, interviewed Michael Jackson, then 23, at the condominium in the San Fernando Valley that the singer was renting with his family while their house nearby was being redecorated. (Andy Warhol called from New York midway through their conversation.) Jackson, of course, was already famous for his work with his brothers in the Jackson Five, but his first adult solo album, Off the Wall (1979), released three years earlier, had made him a star in his own right. When this interview took place, he was at work on a storybook companion record for the Steven Spielberg film E.T.: The Extra-Terrestrial (1982)—hence the E.T. references—and was fielding an array of film-role offers. He was also finishing up recording Thriller (1982), which would go on to become the best-selling album of all time. The following is an excerpt from their interview as it originally appeared as the cover story of the October 1982 issue.
BOB COLACELLO: Did you like performing as a child? Did you always love it? 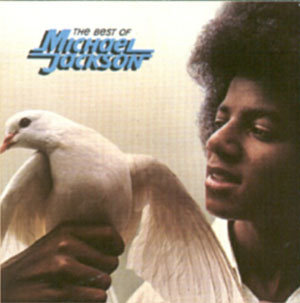 MICHAEL JACKSON: Always did. I always enjoyed the feeling of being onstage—the magic that comes. When I hit the stage it’s like all of a sudden a magic from somewhere just comes and the spirit just hits you and you just lose control of yourself. I came onstage at Quincy’s [Jones] concert at the Rose Bowl and I did not want to go onstage. I was ducking and hiding and hoping he wouldn’t see me hiding behind people when he called me on. Then I went up there and I just went crazy. I started climbing up the scaffold, the speakers, the light gear. The audience started getting into it and I started dancing and singing and that’s what happens.
COLACELLO: How do you compare acting to performing on the stage?
JACKSON: I love both. Acting is the cream of the crop. I love performing. It’s a phenomenal getaway. If you want to really let out everything you feel, that’s the time to do it. With acting, it’s like becoming another person. I think that’s neat, especially when you totally forget. If you totally forget, which I love to do, that’s when it’s magic. I love to create magic—to put something together that’s so unusual, so unexpected that it blows people’s heads off. Something ahead of the times. Five steps ahead of what people are thinking. So people see it and say, “Whoa I wasn’t expecting that.” I love surprising people with a present or a gift or a stage performance or anything. I love John Travolta, who came off that Kotter show. Nobody knew he could dance or do all those things. He is like—boom. Before he knew it, he was the next big Brando or something. 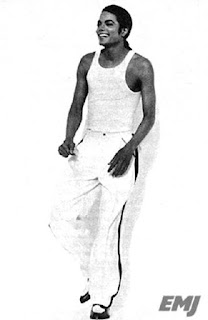 COLACELLO: He hasn’t done much lately.
JACKSON: I know. I think he’s choosing scripts and stuff. It’s always difficult for anyone trying to compete against their past achievements…
COLACELLO: It seems that what really motivates you is your desire to entertain people, to please people. What about fame and money? Could you imagine not being famous or does being famous bother you?
JACKSON: It never has bothered me except sometimes when you want peace. Like you go to the theater and you say, “Nobody’s bothering me tonight, I’m wearing my hat and glasses and I’m going to enjoy this film and that’s all there is to it.” You get in there and everybody’s watching and staring at you and at the climax of the film somebody taps you on the shoulder for an autograph. You just feel like you can’t get away… 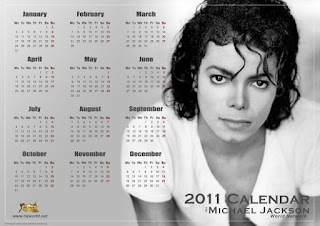 COLACELLO: You’re very close to your parents. Do they live out here in L.A.?
JACKSON: Yes. My mother’s upstairs. My father’s at the office.
COLACELLO: What’s your typical day like?
JACKSON: Daydreaming most of the day. I get up early and get ready for whatever I’ve got to do, songwriting or whatever it is. Planning the future and stuff.
COLACELLO: Are you optimistic about the future?
JACKSON: Yes. I always like to plan ahead of time and follow up…
COLACELLO: Do you care about fashion much?
JACKSON: No, I care about what I wear onstage. You know what I love, though? I don’t care about everyday clothes. I love putting on an outfit or a costume and just looking at myself in the mirror. Baggy pants or some real funky shoes and a hat and just feeling the character of it. That’s fun to me.
COLACELLO: You like to act a lot just in everyday life? 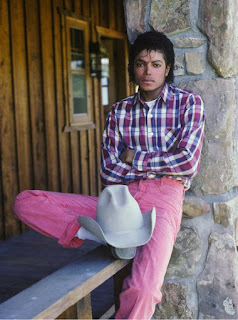 JACKSON: I love it so much. It’s escape. It’s fun. It’s just neat to become another thing, another person. Especially when you really believe in it and it’s not like you’re acting. I always hated the word acting—to say, “I’m an actor.” It should be more than that. It should be more like a believer.
COLACELLO: But isn’t that a little frightening when you believe it totally?
JACKSON: No, that’s what I really love about it. I just like to really forget.
COLACELLO: Why do you want to forget so much? Do you think life is really hard?
JACKSON: No, maybe it’s because I just like jumping in other people’s lives and exploring. Like Charlie Chaplin. I just love him to death. The little tramp, the whole gear and everything, and his heart—everything he portrayed on the screen was a truism. It was his whole life. He was born in London, and his father died an alcoholic when he was six. He roamed the streets of England, begging, poor, hungry. All this reflects on the screen and that’s what I like to do, to bring all of those truths out… 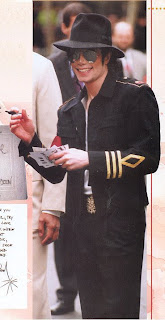 COLACELLO: Do you sometimes feel as though you missed out on childhood because you’ve always been performing in the adult world?
JACKSON: Sometimes.
COLACELLO: But you like people older than yourself, experienced people.
JACKSON: I love experienced people. I love people who are phenomenally talented. I love people who’ve worked so hard and been so courageous and are the leaders in their fields. For me to meet somebody like that and learn from them and share words with them—to me that’s magic. To work together. I’m crazy about Steven Spielberg. Another inspiration for me, and I don’t know where it came from, is children. If I’m down, I’ll take a book with children’s pictures and look at it and it will just lift me up. Being around children is magic… 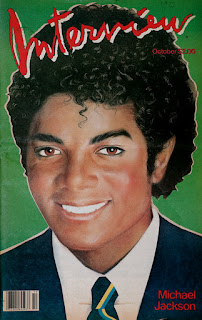 COLACELLO: Are you interested in art?
JACKSON: I love to draw—pencil, ink pen—I love art. When I go on tour and visit museums in Holland, Germany or England—you know those huge paintings?—I’m just amazed. You don’t think a painter could do something like that. I can look at a piece of sculpture or a painting and totally lose myself in it. Standing there watching it and becoming part of the scene. It can draw tears, it can touch you so much. See, that’s where I think the actor or performer should be—to touch that truth inside of the person. Touch that reality so much that they become a part of what you’re doing and you can take them anywhere you want to. You’re happy, they’re happy. Whatever the human emotions, they’re right there with you. I love realism. I don’t like plastics. Deep down inside we’re all the same. We all have the same emotions and that’s why a film like E.T. touches everybody. Who doesn’t want to fly like Peter Pan? Who doesn’t want to fly with some magic creature from outer space and be friends with him? Steven went straight to the heart. He knows—when in doubt, go for the heart…
[Andy Warhol calls from New York.] 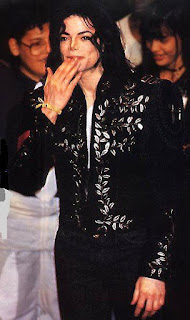 ANDY WARHOL: Hello?
JACKSON: Hi.
WARHOL: Gosh, this is exciting. You know, every time I use my Walkman I play your cassette on it…How have you been?
JACKSON: I’ve been in the studio a lot, writing lyrics and working on songs and stuff.
WARHOL: I might go see an English rock group at the Ritz tonight called Duran Duran. Do you know them?
JACKSON: No.
WARHOL: I went to see Blondie at the Meadowlands last week.
JACKSON: How was Blondie?
WARHOL: She was great. She’s so terrific. Do you know her?
JACKSON: No, I never met her. 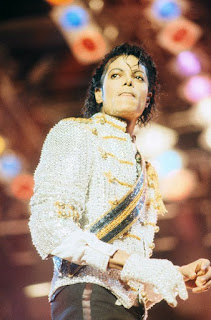 WARHOL: Well, when you come to New York I’ll introduce her. Going on tour is about the hardest thing to do in the world.
JACKSON: Tour is something—the pacing. But being onstage is the most magic thing about it…
WARHOL: Did you ever think you’d grow up to be a singer?
JACKSON: I don’t ever remember not singing, so I never dreamed of singing.
WARHOL: Do you go out a lot or stay home?
JACKSON: I stay home.
WARHOL: Why do you stay home? There’s so much fun out. When you come to New York we’ll take you out. 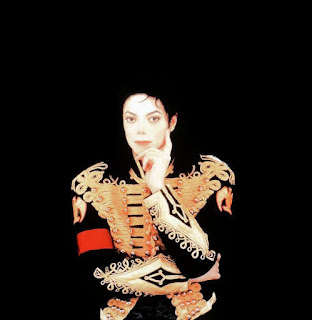 JACKSON: The only time I want to go out is when I’m in New York.
WARHOL: Do you go to the movies?
JACKSON: Oh, yes. We’re going to be working on the E.T. album. I had a picture session with E.T. and it was so wonderful…He’s hugging me and everything.