THE BIBLICAL MEANING OF DANGEROUS ALBUM

As we all know Michael Jackson spoken through his art in the past 45 years.
I am one of the admirer of his symbolic art . I am also  amazed by how much story can he tell us in a piece of art. One of my all time favorite art is the Dangerous album ART . It took me 3 days to solve the mystery.   This beautiful symbolic art took 6 months of an artist time to reconnect all the basic ideas of symbolism . 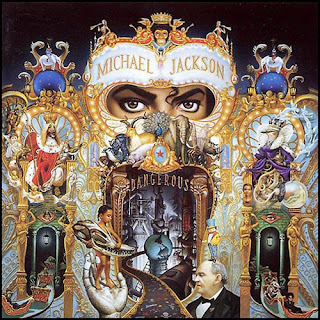 Since Michael said “ that the design should be mysterious, that people will interpret in their own way” I interpret it as Biblical scriptures. Remember how spiritual Michael is and he is into a Bible . Michael  said he read Bible every day and gain so much wisdom from The teaching of The holy Bible .

As we all know a Dog is a mans best friend , also Dog is the most faithful animal.  The ancient Israelites know by shepherds and have a very special relationship with a dog. In  farms Dogs have a responsibility to protect their owner flock . So why is  the dog king have an initial MJ on his head ?  Clearly he been serving man kind and the children.

Also there is an evil creature on his right hand. It symbolized  Paparazzi and the media who try to defame him in the past.
The King has a rod on his right hand if you see closely you see a Queen bird with an evil red eye . It symbolizes satan overshadowed  Michaels humanitarian work  by using media . The media try to defame and make him look like an evil man. If you see to the left the evil bird uses his royal  road. Showing that 70 AD The Romans controlled the Holy Land and control the Israelites kingdom. So he is fighting her from sipping his blood from his foot with his glowing gloves. Symbolized The holocaust of the natural branches since 70 A.D until now. 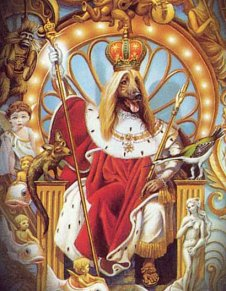 If you look closer the gloves are two doves.

8 “,[b] your brothers will praise you;
your hand will be on the neck of your enemies;
your father’s sons will bow down to you.
9 You are a lion’s cub, ;
you return from the prey, my son.
Like a lion he crouches and lies down,
like a lioness—who dares to rouse him?
10 The scepter will not depart from Judah,
nor the ruler’s staff from between his feet,[c]
until he to whom it belongs[d] shall come
and the obedience of the nations shall be his.
11 He will tether his donkey to a vine,
his colt to the choicest branch;
he will wash his garments in wine,
his robes in the blood of grapes.
12 His eyes will be darker than wine,
his teeth whiter than milk.[e] 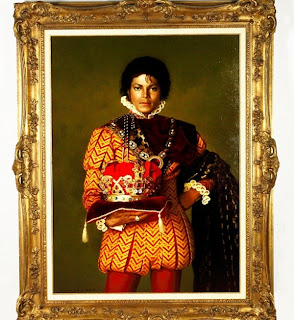 Since Michael is Royalty and from the warrior tribe Is he representing the future
Kingdom?

26 To the one who is victorious and does my will to the end, I will give authority over the nations— 27 that one ‘will rule them with an iron scepter and will dash them to pieces like pottery’[b]—just as I have received authority from my Father. 28 I will also give that one the morning star.

Could this man be Michael? Was he trying to tell us something?

The Branch From Jesse 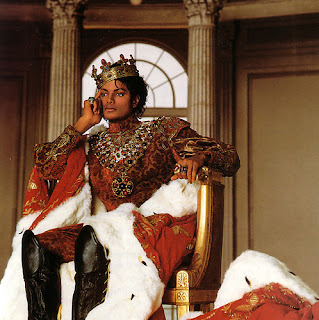 Michael dressed as royalty most of the time . he always have ER sign in his outfits and also his neverland ranch door is the crest of the Royal family . Because The moors were ruling Europe for a 1000 years until they fail and their kingdom taken by Edomites /seed of Esau/.  Example King James who rule 5 countries at ones. he also was a black man from The tribe of Judah.  And he also translates the Holy Bible please check 1611 KJV Bible. 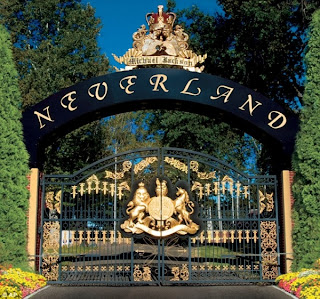 You can see under the eyes there are many different kind of animals together and a child with a number 7 on his hat is leading them  . hmm where did we read it before

6 The wolf will live with the lamb,
the leopard will lie down with the goat,
the calf and the lion and the yearling[a] together;
and a little child will lead them

It is exactly like the scripture . Next a child is playing with a viper’s nest . 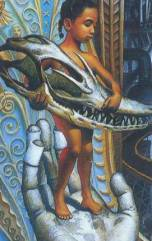 7 The cow will feed with the bear,
their young will lie down together,
and the lion will eat straw like the ox.
8 The infant will play near the cobra’s den,
and the young child will put its hand into the viper’s nest.
9 They will neither harm nor destroy
on all my holy mountain,
for the earth will be filled with the knowledge of the LORD
as the waters cover the sea.

And a map of the earth on Michael's palm.  In The new Kingdom Judah will rise as a king of The Earth , the king will be Christ Him self.  It shows the new Earth and Heaven which is coming soon.

Look to his eyes carefully to your right side is a woman , the left is a man Michael. 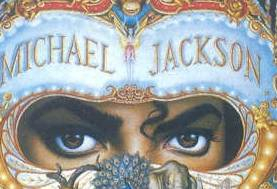 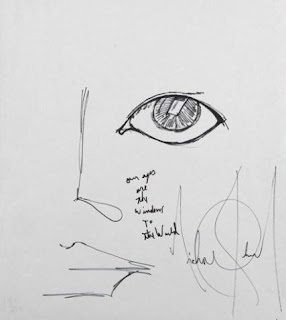 "our eyes are the windows to the world"MJ


If you see the king dog half of him is a female the left side of him . And  she has a rod on her hand . And The  golden hand shape rod  with 11 sign . 11 is a spiritual messenger sign. And the hand  has a bracelet if you look closer its a face of a woman .Michaels eternal companions who who will help him to complete His purpose.
Also to the right there is a statue if you see closer she is a woman and half a man at the same time .  It symbolized The two who are one and  their purpose is help  building the kingdom of heaven. 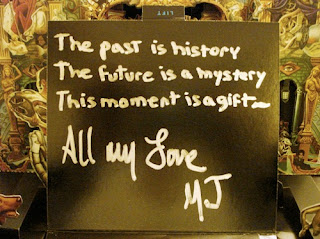 Now to our right we can see a Queen bird dressed in purple dress .
Look carefully she trapped many people in her breast . she has a golden object on her left hand . also she had a rod with a king dog on her right. It look like she took the rod from the king dog because he has a bird queen in his hand. / could be every thing he is done is changed it to evil/  Also there are demons coming out of her head to stop the two birds /angles/ one of the birds has a letter M in red color. They try to revel her true identity when they uncover her dress she is nothing but a machine attached to an umbilical cord connected to a huge ball . if you look inside the ball Adam and Eve and the apple. Represents SIN

4 The woman was dressed in purple and scarlet, and was glittering with gold, precious stones and pearls. She held a golden cup in her hand, filled with abominable things and the filth of her adulteries. 5 The name written on her forehead was a mystery:


THE MOTHER OF PROSTITUTES


AND OF THE ABOMINATIONS OF THE EARTH.


6 I saw that the woman was drunk with the blood of God’s holy people, the blood of those who bore testimony to Jesus.


How Ironic another scripture


Under the Queen Bird we see an eye illuminati sign . check out your back dollar bill you will see the pyramid and an eye.  On Book of Daniel 8 you will see the horn who has an eye controlled the earth .

Those are who watching all over the earth are DANGEROUS.
If you see in the middle of the art you can see the Planet Earth upside down . and its almost destroyed and there is DANGEROUS letter over it . Man kind destroyed the planet with War, Racism, and injustice.  We can see a man look like a banker something high class politician could be behind all the weapons in the way to the middle .

After the system killed a man named Michael He came out brand new as a child , symbolized the saints of The Most High will return with the King of the Kings to receive their rewards.
Praise AHAYAH ASHER AHAYAH ,/ I AM THAT I AM/  in hebrew in the name of Christ . Amen
Posted by emj777 at 9:25 PM